In spirit of upcoming Mardi Gras, I want to throw it back to my first time in New Orleans. Last March I assisted with a conference (work perk!) and decided to extend a day on the back end. After a semi-stressful, but very successful onsite, I was very excited to explore this city. Since I was the only one extending, I wanted to join a tour to get my bearings on the city before I explored solo. I booked a walking tour in the morning that focused on the city’s history and architecture. I try to take walking tours in each city I visit because you can learn so much from the locals and it enables you to explore areas that you can’t access by car. The tour lasted about 2 hours as we meandered our way through the eclectic streets that married French architecture with new flares. I learned so much about the establishment of NOLA and the interesting ways this city was built. So many details in each building – and wrought iron/cast iron which is my absolute favorite! 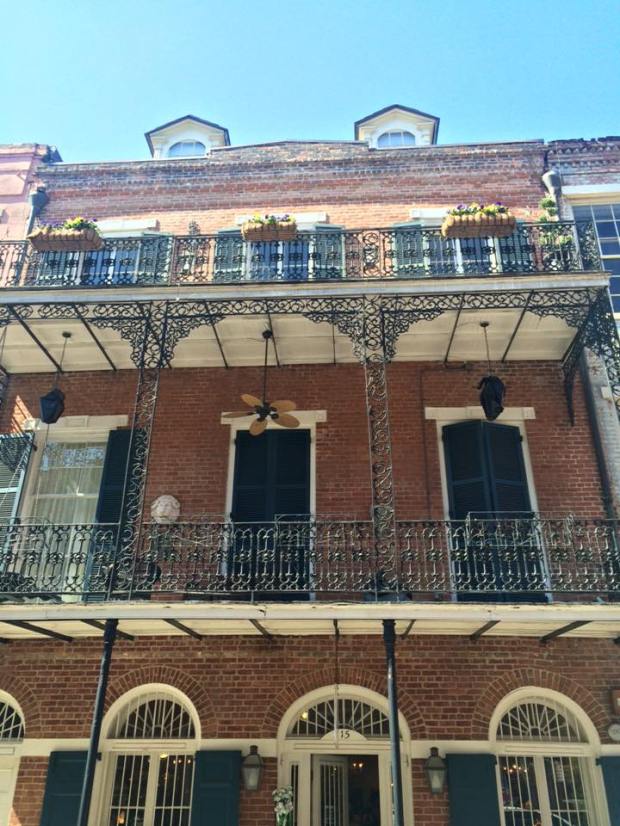 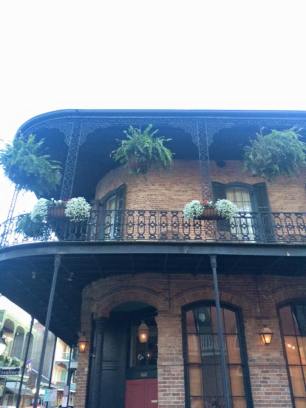 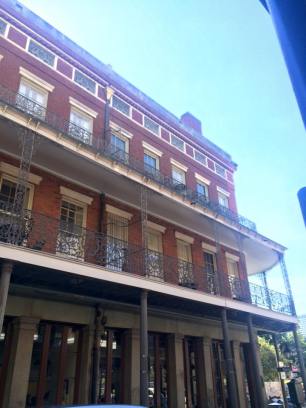 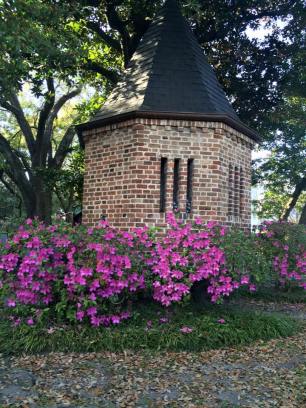 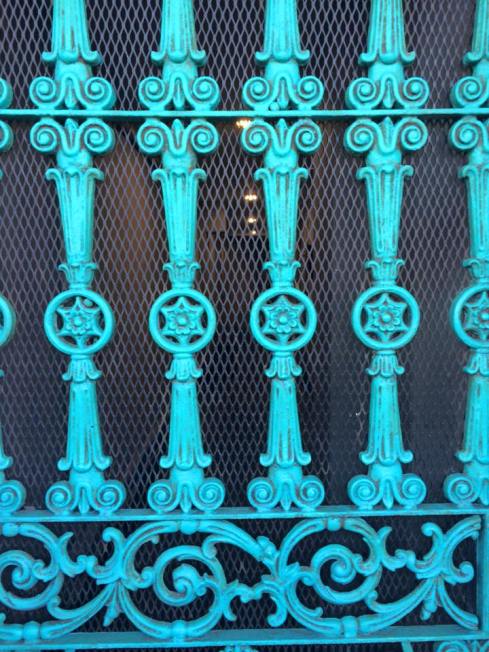 On the flipside, NOLA has a dark past and is also built on voodoo and witchcraft – we walked through St. Louis Cemetery, an above ground cemetery and home to Marie Laveau, a famous voodoo practitioner. Fun fact: voodoo dolls were not (initially) used for invoking pain onto a person, but since many people could not read or write, they used dolls to record illnesses in patients. For example, if you came in for chest pain, they would place a pin in your doll’s chest to indicate what hurt and why you were there. Pretty interesting! 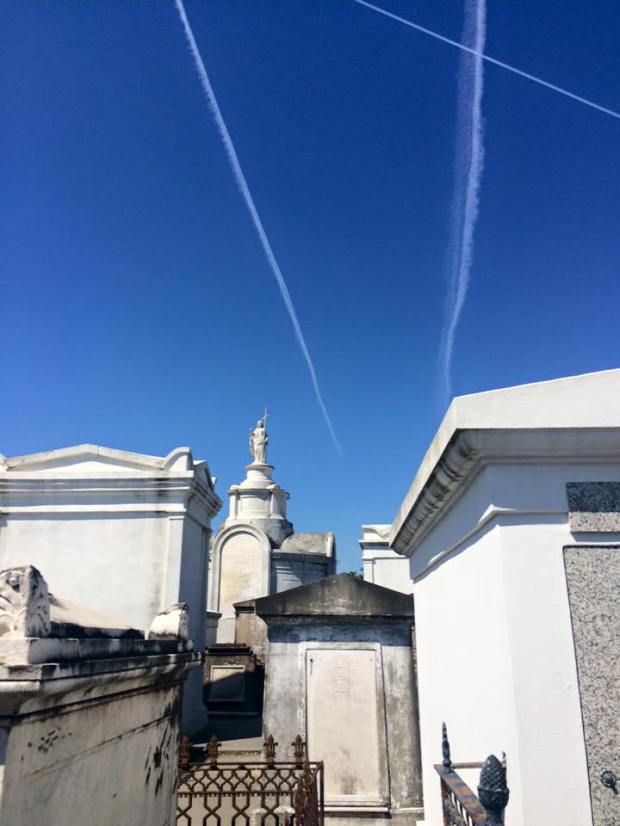 During my tour, I started making conversation with another solo traveler and we learned that we had a very similar agendas. We decided that we should stick together and see where the city took us. We walked to a coffee stand and grabbed large iced coffees and beignets (yessss!) If you don’t know what those are, they are basically deep fried donuts topped with powder sugar aka little pockets of heaven. I learned that his name was Dillon and coincidentally, we are both event planners and were in NOLA working events! We walked over to the French Market and ordered a pound of freshly steamed crawfish and found a bar for cocktails. Rum is very popular in NOLA so I got a lemonade spiked with rum. A couple locals spotted me struggling on “eating crawfish the right way” and gave me a lesson so I could enjoy it properly. 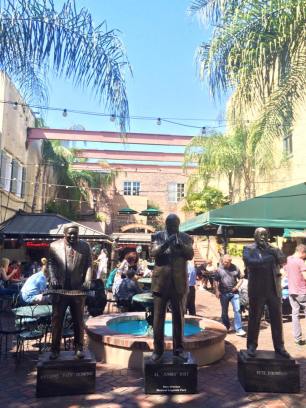 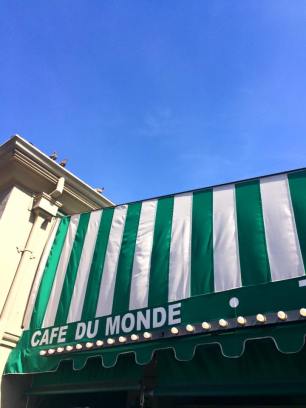 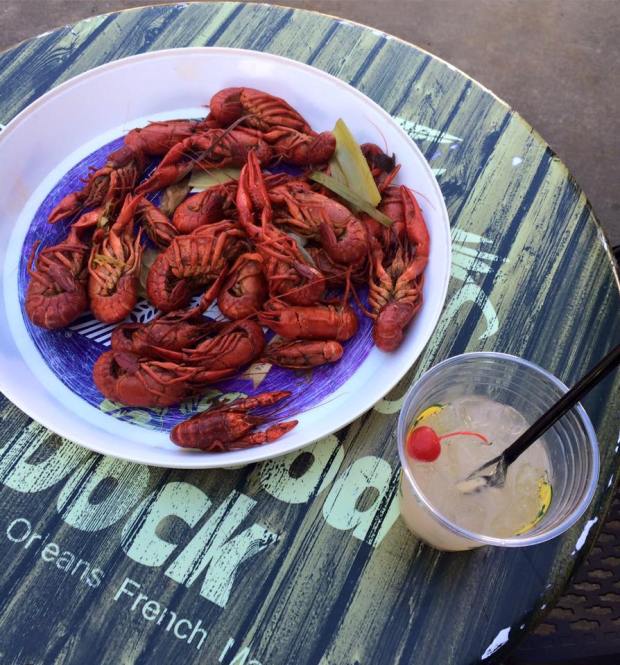 The city is unlike anywhere I have ever visited! So much culture. As the birthplace of jazz, the music scene is on point! Music is in the air on every street. There are street artists and performers everywhere. I loved how everyone was so imaginative and artistic. We walked all day – almost 30,000 steps! We visited the famous Bourbon Street and Lafitte’s Blacksmith Bar which is the oldest working bar in America. Day drinking is a must in this city because you can walk outside with your beverage. A local favorite is Pat O’Briens which is famous for their amazing (yet deadly) “Hurricane” drink which contains FOUR shots of alcohol. It’s simply boozy Kool-Aid, so it goes down easily. 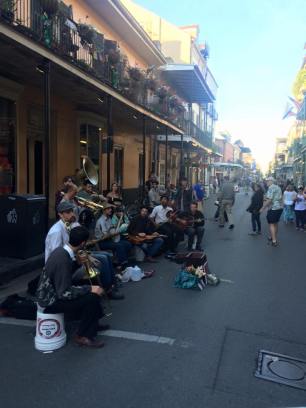 We ate as we went, snacking on the local favorites like pecan pralines. For dinner, we ate jambalaya and deep fried alligator which tasted like fishy chicken, so good! Since we are both fans of American Horror Story, we decided to take a Ghost Tour at night. New Orleans gets very interesting at night, you will have to visit to see what I mean! Lastly we headed to an absinthe bar to sample this green drink. After a long day, we parted ways and still keep in touch to this day! 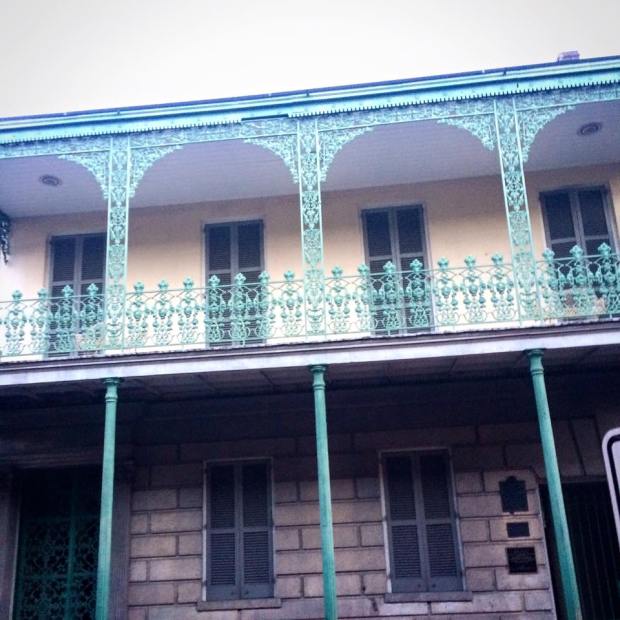 You never know who you will meet or where a city will take you. This was one of the best times I’ve had in a city because for once, I ditched planning and got lost in a city with a stranger, who then turned out to be a friend. Not many people can say they have done that. 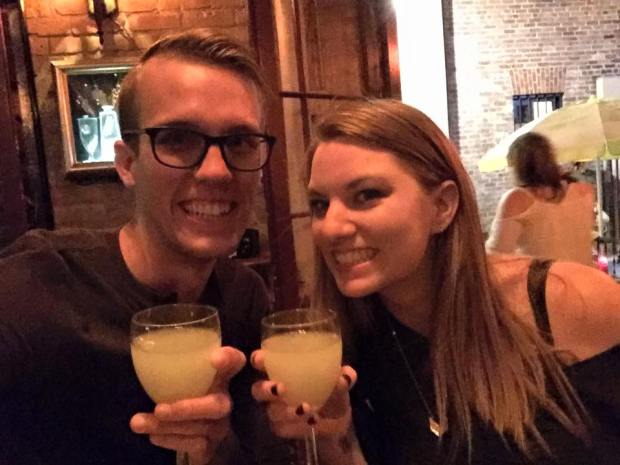 New Orleans is a city like no other and it is so much more than purple, green, and gold beads. I definitely recommend it to anyone that wants a unique experience. NOLA, until next time…cheers! 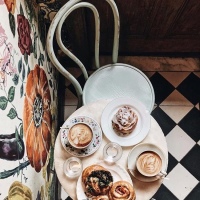